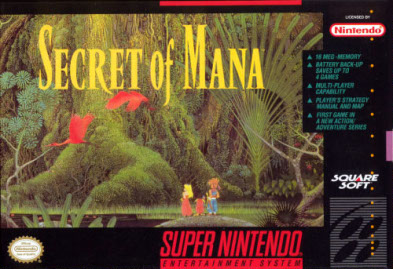 RPG genre has been popular for a very long time. Many gamers grew up on classic titles such as Final Fantasy and Fallout. This Top 10 list is dedicated to the old school RPG games and those that became popular amongst young and old.

One of the most successful Sega games that was released in 1992. The game was unique in its genre, with lots of innovations such as voice acted narration. The game is a somewhat typical fantasy RPG where players progress through towns and beautiful landscapes in the world of Lunar. This colorful experience is enhanced by the usual, perfectly fitted RPG music, including the thrilling combat themes. For those who like Final Fantasy turn-based RPGs, this is yet another great choice.

EarthBound was a hit back in 1994 when it was released by Nintendo for the SNES platform. The game is similar to other famous RPGs, controlling a group of characters and developing them with experience points. Each character’s level increases as they earn experience points along with their attributes. The story takes place in the 90’s where a child is guided by an alien called Buzz Buzz. Three other children join the main character on his journey. These four children form the group which the player controls. The game has a stunning set of music and a great atmosphere. I recommend this game to any average RPG player.

Arcanum is slightly newer than the previous two games. It was published in 2001 for PC. A typical PC RPG similar to Diablo and Baldur’s Gate. Many RPG players consider this the top RPG game for PC for its unique combat system that allows the player to engage in combat in three ways; turn-based, a faster version of turn-based and real-time. The game starts off with a very detailed character creation including race, traits and attributes. Dwarves, Elves, Orcs and other fantasy creatures are what we face when entering the magical world of Arcanum. Definitely an RPG worth trying.

An RPG by Square Enix released in 1993 for the SNES platform. The publishing company being Square Enix hints us what we can expect from this perfectly built game. We control three heroes that each possess different schools of skills including fighting and magic. You can choose which hero to control at any time, and the other two will become automated. The game has a completely different combat system from Final Fantasy. Real-time battles make Secret of Mana an action RPG. Fantastic music, great characters and an enjoyable combat system is what this game is all about.

Diablo, a title that does not need introduction. This RPG beast from Blizzard attracted a huge section of gamers when released at the end of 1996. An RPG that provided multiplayer possibilities and detailed character progression. Warrior, Rogue and Sorcerer were the three set classes we could choose to kick off with and Monk was added in a later expansion as the fourth class. We battle trough spooky dungeons and dark forests too meet our nemesis, Diablo. The game is still popular for some dedicated RPG fans and has since been further developed with expansions and sequels. For a true RPG player, the original Diablo will be the number one choice over its descendants.

This choice will be shocking for many I am sure. This was an RPG released in three versions in 1996 by Nintendo, for the Game Boy platform. I am convinced, that there are many of you out there who grew up on the television series and trading card game of the Pokémon universe and will eventually agree with my choice for the 5th spot. The game great. It was originally released in three versions: Red, Blue and Green. These represented the starting three Pokémon from which you could choose from right at the start. Bulbasaur, for grass (green), Charmander for fire (red) and Squirtle for water (blue). The game builds around leveling up your Pokémon and evolving them into different types; while battling Pokémon trainers, Gym leaders and the evil Team Rocket. Suggested for those who enjoyed the Pokémon universe.

An RPG in the Dungeons & Dragons universe designed for PC, released in 1998 by BioWare. The game has an excellent real-time third-person combat system that take place in a beautifully designed environment. I personally prefer games with character creation and classes; Baldur’s Gate is one of these. Once you have chosen your class, race, skills and other attributes, you are thrown into a fantasy world full of action and cut scenes. You battle your way through magical forests, enormous mountains and gigantic cities. I definitely recommend this game for those who enjoyed Diablo and Arcanum, and for those who read the great Dungeons & Dragons books.

One of my personal favorites, a post-apocalyptic PC RPG game from 1997. Everything from the turn-based combat to retro themed images and great music, make this game one of the top RPG games ever released. There are dozens of skills to develop while progressing through the wastelands dominated by mutated creatures. The characters stats are commonly referred to as “SPECIAL” which stands for Strength, Perception, Endurance, Charisma, Intelligence, Agility and Luck. These are the main stats that can be improved throughout the game, each altering your characters play style. This game is perfect, just like its sequels.

A top-notch RPG originally designed for SNES and later released for Play Station by Square Enix. Chrono Trigger was a very innovative RPG in its age and is considered to be one of the most successful video games released up to date. The combat system is very similar to that of Final Fantasy IV, called “Active Time Battle”. The characters we control, receive eight distinctive techs that can be combined to create new techs. The story takes place in a world similar to Earth, but where dinosaurs, knights and magic co-exist. The time travel feature allows the characters to travel to a modern future where robots dominate. The characters use the Epoch to travel in time and receive equipment and update on quests. The game’s soundtrack achieved similar success to the game itself. Recommended for all.

And the winner is: Out of The Shadows! Which is what I would have said, had I existed back in 1984. In reality, the winner of this Top 10 article is none other than Final Fantasy VI. The game was released in 1994 for SNES by Square Enix, a company that is still one of the major creator of RPG games. FFVI is one of the greatest in its series, if not the best. Perfectly designed turn-based combat system, loveable characters and endless hours of gameplay. If you are new to the RPG world, this is the best choice to start off with. World famous soundtrack that is a standard of Final Fantasy games and a rich world that has been developed and colored over decades is what makes this game a winner in every aspect.

All in all, it would be hard to satisfy every RPG fan with this Top 10 list, but I did my best to carefully choose the nominees and explain why they are on the list. This Top 10 represents my personal favorites and I am pretty sure the favorites of many other gamers. 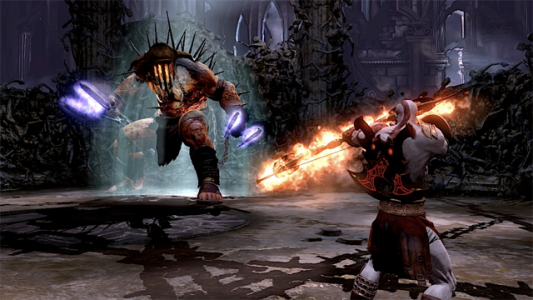 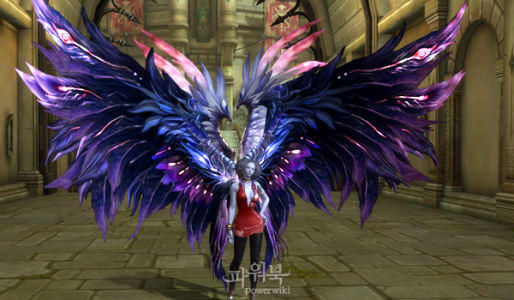