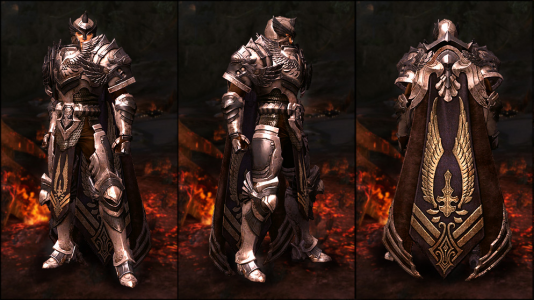 This Top 10 list will show you some of the greatest looks out there in terms of MMO armor sets. Enjoy this collection of masterpieces that significantly color the worlds of MMORPGs. I am sure some of you will disagree on some of the participants, but it would be impossible to satisfy everyone’s taste in MMO armor designs.

The Warlock Tier 10 comes from the Wrath of The Lich King expansion. The set drops from Icecrown Citadel. Many Warlocks still use the looks of this decent set. The hood effectively resembles the class and is surely worth mentioning on this list.

This is a level 50 PvP gear in SW:TOR for the Sith Inquisitor class ( Sorcerer, Assassin). It is very precisely designed and looks impressing compared to other SW:TOR armor sets. The armor portrays the characteristics of Siths: evil and cunning.

This is an endgame plate armor for the Warrior class in Cabal 2 that is currently in Beta phase in Korea. The game has nifty graphics and a combat system that is similar to that of Tera. It is a popular sequel to the Free-to-Play Cabal Online.

When purchasing a Founder Pack for the new fantasy MMORPG, Dragon’s Prophet, you receive this fiery armor set. It looks very well designed and gives your character powerful looks. The Founder Pack is not cheap, but might be worth it for dedicated MMO gamers.

This armor can be crafted in the well-known MMORPG, RF Online. The armor represents the style of the game, a combination of the fantasy and sci-fi genres. The designer did rather well to convey this style.

This eternal plate armor set drops from a level 60, six-man instance in Aion. The eternal version of the set is the one shown on the image. Not only does it look good, but gives useful stats for PvE purposes. The other types of this set (chain, cloth, leather) are similarly well designed.

This set does not have a level requirement in Vindictus. It can be dyed in many ways to enhance this deadly look. I personally love that mask, it makes the character look dangerous and not to mess with.

This is a concept armor for the upcoming Blade & Soul, published by NCSOFT. The design looks pretty stunning. I can’t wait to play this promising MMORPG that has kept players waiting with its release for quite a long time now.

This is a combination of the Sylvari T2 and T3 sets. I just love it. It is simple yet beautiful and makes the character look professional and serious. This is a great piece of work that definitely deserves second place on the list.

This is a leather armor set from the 4.0 patch of Aion. I will get my hands on this one for sure.
It looks simply amazing. Aion has always been number one for me in terms of weapon and armor designs. The set looks amazing from every direction. NCSOFT did a great job lately with the newest skins. The Beritra Set deserves first place on this Top 10 list.
Here is a video of the newly implemented armor sets, including Beritra Set:

It is possible that some of you will disagree on the nominees and the winner, but they say “Ten men, ten tastes”, so I hope you can all accept these choices. There are thousands of other armor sets that could have been on the list, but for now, these are my Top 10 armor seen in MMOs. 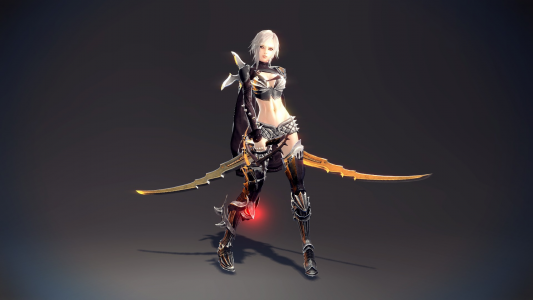